This London renovation strikes the balance between practical and playful

A 1960s terraced house in south London with a ‘jewellery box’ of design features has been declared Home of the Year 2022 in the Don’t Move, Improve! awards.

Little Brownings, a three-storey home located on the Dulwich Estate in Forest Hill, was extended and refurbished by London-based architectural studio, Archmongers, while retaining its mid-century characteristics.

Judges declared it the embodiment of the New London Architecture (NLA) Don’t Move, Improve! awards, impressed by the attention to detail, consideration for the practical use of the space, use of sustainable materials, as well as the overall concept and sense of liveability. The brief was a contemporary refurbishment and a kitchen extension to replace the existing lean-to at the front of the property. Archmongers — an architecture studio that specialises in mid-century building refurbishment — designed the extension to be in keeping with the row of terrace houses. Its facade and garden paving are both clad in blue brick to complement the original terracotta brindles.

The original white metal railings and gate posts were retained and inspired the structure of the roof extension. Internally, the ceiling’s exposed Douglas fir and steel flitch beams continue out across the front courtyard garden as aluminium beams. Up-and-over windows above the kitchen counter add light and a sense of space, while a floor-to-ceiling glazed box, like a miniature courtyard garden, connects indoors and out. The open living room has new full-height doors opening to the terrace and garden, and the staircase has been rebuilt to create space for a shower on the second floor. The balustrade design of vertical columns and solid panels nods to the original, while the ash handrail with brass connectors are a contemporary update.

The first floor bedroom is now a study with a large folding door, allowing it to be connected or closed off from the hallway depending on the occupation of the space. The bathroom and second floor spaces have been enlarged to the slope of the roof to give more height. The bathroom and second floor spaces have been enlarged to the slope of the roof. Photo: French + Tye

‘The durability of our concept and materials demonstrates our approach to sustainability and placemaking,’ said Johan Hybschmann, Partner at Archmongers.

‘These values have underpinned our work on Little Brownings, which sits within the renowned Dulwich Estate. Our design instils a freshness to the estate, but is driven by a sensitivity to its original vision.

‘The skeleton of this mid-century house was good, but the kitchen and hallway circulation needed to be redesigned to better integrate the main living spaces,’ said Margaret Bursa, Managing Partner of Archmongers.

‘The front extension works very hard to accommodate the kitchen and utility room in a restricted space. Yet it also showcases a jewellery box of design features to extend the perception of space, allowing enjoyment of the surrounding terrace and trees.’ The staircase design nods to the original. Photo: French + Tye

‘This overall winner strikes the balance between practical and playful with contemporary touches such as clay worktops in the kitchen and a secret study on the landing,’ said Anna White. ‘But there isn’t a whiff of pretension. It’s a much-loved family home that oozes warmth and character.’ 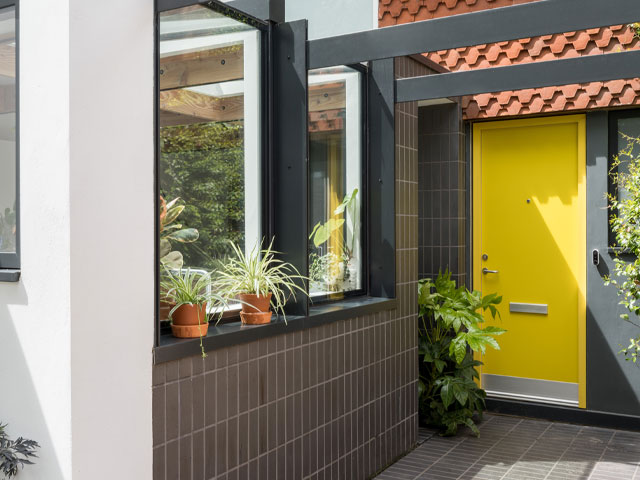 ‘One of my highlights of the competition,’ added Kunle Barker. ‘This home delighted me from start to finish. A beautiful space with a level of detailing that surpassed my expectations. Everything in the house has a reason for existing, some things are playful, others beautiful or functional, but they all make you happy.’

‘This felt like the house we can all imagine ourselves in and the improvements we could all do, if only we had the right designers! – the embodiment of Don’t Move, Improve!,’ said Sebastian Wood. The design was driven by a sensitivity to the original vision for the terrace. Photo: French + Tye

Projects featured in the Don’t Move, Improve! awards demonstrate exceptional innovation, creativity and originality, as well as design that improves liveability of the space. The use of sustainable materials and energy efficiency considerations are also commended.

The Home of the Year 2022 winner, plus five special prize winners, were selected from a shortlist of 15 entries that celebrate the newest and most innovative home improvement projects from across London. New London Architecture (NLA) is an independent, purpose-led membership organisation for everyone with an interest in London’s built environment. As well as organising the world’s largest architecture festival, the NLA hosts exhibitions, tours, learning programmes, awards and competitions, as well as conducting research.